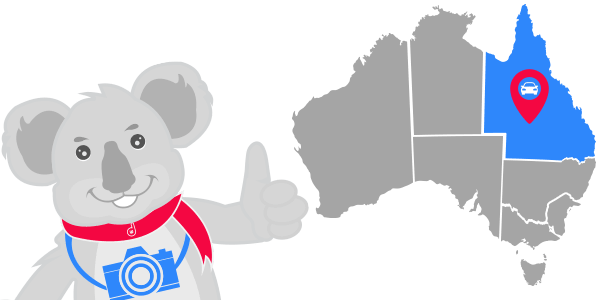 Find and Save Big with a Cheap Car Hire in Tingalpa

There are plenty of dining options around Tingalpa. If you’re looking for a local café, take-away, pub or restaurant you’ll find it here.

There are small local shops along Belmont Road but if you’re after supermarkets, variety and specialty stores in one place, head over to Wynnum Road at Cannon Hill.

Tingalpa’s name comes from the Aboriginal words ‘tingal’ (fat) and ‘pa’ (place). Bulimba Creek was a popular camping ground for the local Aborigines who also camped on the flats near town.

In 1846 there were reports of Aborigines raiding produce along Bulimba Creek. Near Tingalpa, Bertha Pears met a group of men decorating themselves for a fight. A large group lived on the flats and some members worked on the Stanton farm for food or tobacco. Corroborees held there would often last all night. Mrs J Porter recalled that when the noise became annoying, white settlers would fire their guns into the air and it would cease. In 1872 a major corroboree of 300 Moreton Bay and Brisbane Aborigines was held at Tingalpa.

A small but scattered farming community grew in the Tingalpa area throughout the 1860s. Sugar was grown and milled throughout out the 1860s and 1870s. In 1871 James Johnston built a sugar mill on the site of Kelly’s brickyard, and later moved it to Bulimba. As sugar production moved north, Tingalpa farmers turned to small crops, dairying, and some grape growing and winemaking. Tingalpa was on the main road.

Let one of our friendly team help find you the best priced hire cars in Tingalpa.